Aruba, Jamaica, ooh I wanna take ya
Bermuda, Bahama, come on pretty mama
Key Largo, Montego,
baby why don't we go,
Jamaica
Off the Florida Keys
there's a place called Kokomo
That's where you wanna go
to get away from it all
Bodies in the sand,
tropical drink melting in your hand
We'll be falling in love
to the rhythm of a steel drum band
Down in Kokomo (by the Beach Boys)

We drove down to the keys today and finally found some sunshine and white sand beaches.  Check it out!


We Stopped at the John Pennekamp Coral Reef State Park, saw Ernest Hemmingway's Home, had dinner at the Keys Fisheries and saw a 3 foot Iguana crossing the Highway. It was all so amazing.  Very different than the area we are at right now.  More like what we thought Florida would be like.
Posted by Papertracks at 6:36 AM No comments: 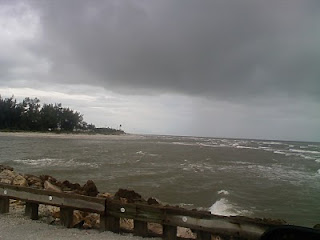 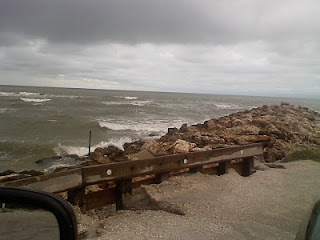 We took a drive across Florida to the Sanibel and Captiva Islands.  It was stormy and very rainy so our beaches did not look like the lovely pictures on this link.  They looked like this...
Posted by Papertracks at 11:44 AM No comments:

Creepy Crawly Week is over!

We are leaving the outdoors and moving indoors. I want to share a crafting video.  As a CTMH consultant, I have the pleasure of working with several talented consultants. When our new catalog comes out we all share in choosing a stamp set and paper.  We create an item, make what feels like hundreds but is usually only 25 to 35 and send it to our lovely hostess, Miyuki Williams. She then sorts, swaps and mails the items back to us and viola...I have an item showcasing each new stamp, paper and embellishments.  Another talented consultant, Stephanie Pederslie puts together a great video of our products...and here it is!  The baby waterfall card and the pumpkin card with brown striped ribbon are my contributions this time.

Posted by Papertracks at 10:45 AM No comments:

I have been sharing all the pictures and experiences of all the creepy crawly creatures and I have a couple more photos to share with you.
Posted by Papertracks at 4:58 PM No comments: 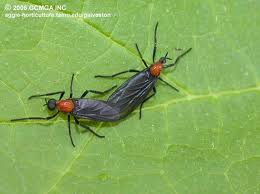 I was spending time on the porch of the kiosk, counting hunters and all of a sudden I was inundated with Love bugs. There were hundreds of them. Argh!  They are harmless but I was not thrilled with all the fluttering. It gave me a creepy crawly feeling!
Posted by Papertracks at 5:32 PM No comments:

While shopping at Wal Mart, I was putting some water into the shopping cart and almost squashed this little guy... these lizards can jump almost a foot and half.  They are quite entertaining.


There are frogs all over the place, all different sizes and types.  The itty bitty tree frogs are real cute.
Posted by Papertracks at 9:08 PM No comments: 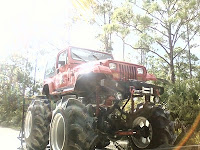 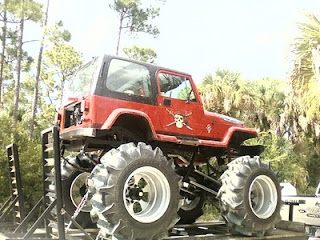 Laton is having a fun time checking out all the different vehicles used for hunting in the swamps.  Check out this one!
Posted by Papertracks at 8:08 PM No comments: 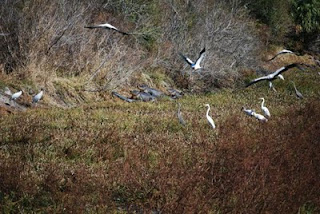 We got lucky and a local resident, Sandy Effertz, was nice enough to share her gator pictures with us. 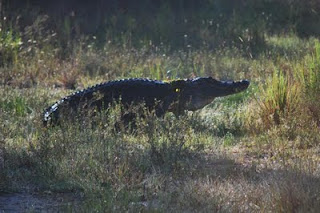 Check out our local gators in the immediate area.
Posted by Papertracks at 4:36 PM No comments:

I wanted to share a few memories of 9-11-01.  We lived in Arizona during this tragedy. I remember watching the TV screen in horror while getting ready to go to work.  I worked in the 26 story QWEST building in downtown Phoenix and arriving at work was worrisome. At that point in time, reports were filtering about the plane hitting the Pentagon, then the one that crashed in PA. There were rumors flying that more planes were in the air, targeting buildings all over the US.  We could stand at the window overlooking the IRS building and see men on the roof, standing guard with machine guns. We normally had a great view of the planes leaving Sky Harbor Airport, but there were no planes.  The only planes you could see or hear were the fighter jets, screaming through the sky, from nearby Luke Air Force Base.  It was very disquieting.  It was hard to focus on work.  We would walk in and out of the break room where the TV blared all the breaking news.

Shortly after this event, the mandatory fire drill was held.  Normally, when we would file down the stairs and out of the building, to meet at our designated gathering place in the parking garage, there would be talking, laughing, greeting co-workers from different floors and groaning at the enforced exercise and personal relief, I worked on the 12th (actually the 13th) floor instead of the 26th.

That particular drill, everyone filed silently down the stairs. I believe we were all reflecting on the thoughts and feelings of the victims of 9-11 as they traced the same steps, knowing it was not a drill and it was real. 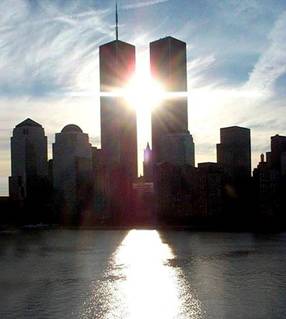 That event changed all of us on a national and a personal level.  I would like to include a link to a recent video I received regarding the World Trade Center Memorial.
Posted by Papertracks at 7:33 AM 1 comment:

Email ThisBlogThis!Share to TwitterShare to FacebookShare to Pinterest
Labels: 9-11 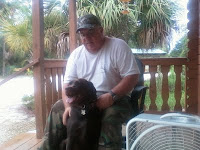 We have a really tough job...check it out! No game has been checked out the last couple of days. It appears all the hunters had to go back to work.
Posted by Papertracks at 5:40 PM 1 comment: 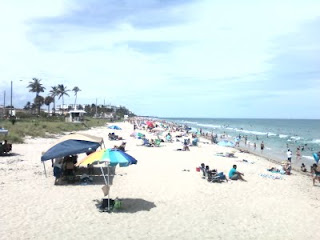 We had the day off today and took a drive to check out the Atlantic Ocean.  We were amazed at the amount of people enjoying a Labor Day Weekend at the Beach. 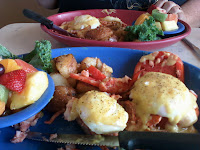 We enjoyed brunch at a place called Benny's On the Beach at Lake Worth, FL.  The special today was Lobster Benedict and it was very tasty!
Posted by Papertracks at 5:04 PM No comments: 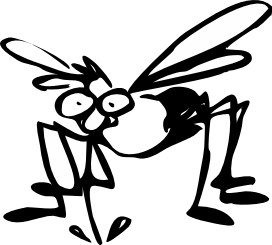 Well, we have been tagging bucks, does and hogs, but we think Florida should have a no limit hunt on the mosquito.  Several hunters have laughingly told us they are Florida's state bird and we agree, some of them are big enough to hang a tag on. Some hunters have even claimed they have deflected their arrow and caused them to miss the deer and we agree, that is entirely possible.

Laton said when he took the dogs out for a run, a great big mosquito landed on his right shoulder, all of a sudden another one landed on his left shoulder.  He could hear them talking back and forth...one said to the other "Shall we eat him here or take him with us"! LOL

Posted by Papertracks at 7:27 PM No comments: 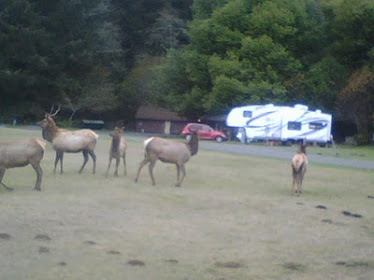